Orekit, a pure Java library, depends only on the Java Standard Edition version 8 (or above) and Hipparchus version 2.3 (or above) libraries at runtime. 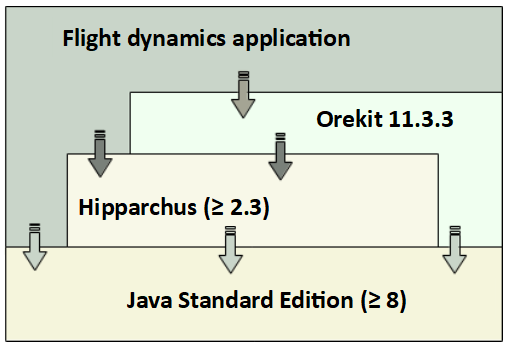 This component is required to compile and run Orekit:

This component is required for testing purpose only:

As a a low level library, Orekit aims at being used in very different contexts which cannot be foreseen, from quick studies up to critical operations.

The main driving goals for the development of Orekit are:

These goals lead to design and coding guidelines including:

Orekit is made of twelve packages shown in the following diagram. 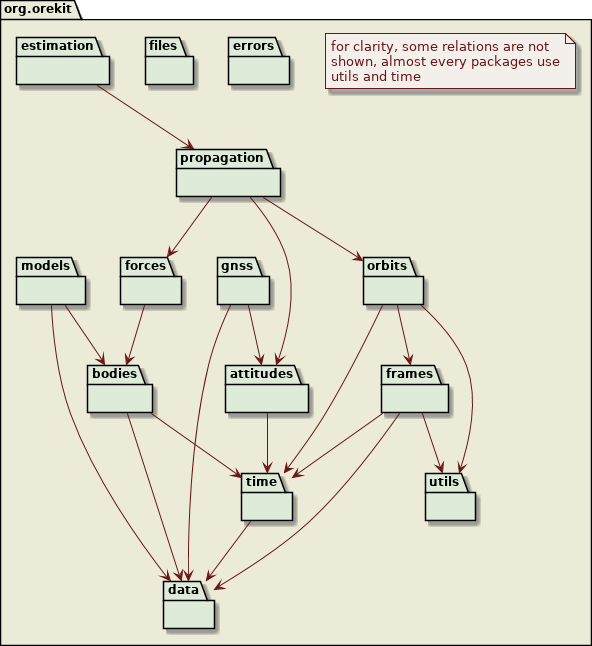